US Marshals offer up to $50,000 for information about Phoenix man wanted in killing​

A man from Phoenix wanted by San Diego police in connection with his girlfriend's death in 2016 was added to the U.S. Marshals Service's 15 Most Wanted fugitive list with a reward of up to $50,000 for information leading to his arrest.
Raymond Samuel "RJ" McLeod Jr. is wanted by the San Diego Police Department in the killing of 30-year-old Krystal Mitchell on June 10, 2016, according to the Marshals Service. 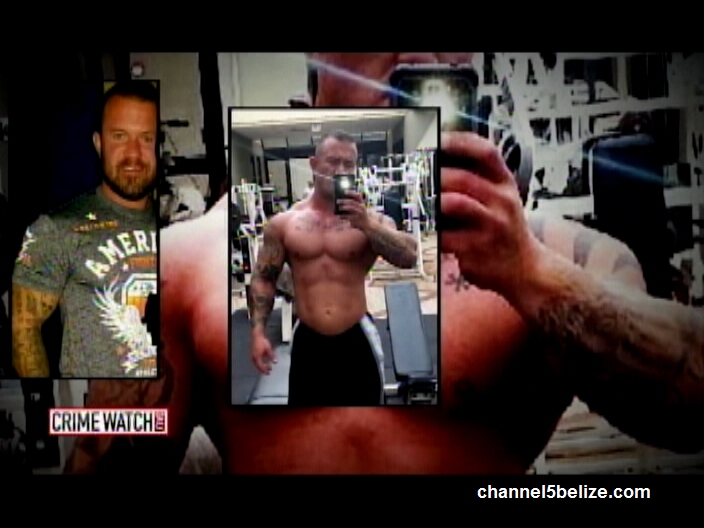 In a news release Monday, the Marshals Service said it was intensifying the manhunt for the 37-year-old McLeod, who it believes fled through Mexico to Central America after Mitchell’s death. His last reported locations were in Belize in 2018 and Guatemala in 2017.
“Raymond McLeod will be the first fugitive in history on our 15 Most Wanted list with an initial reward of up to $50,000,” U.S. Marshal Service Director Donald Washington said in the release. “We want McLeod’s new status as a 15 Most Wanted fugitive and the $50,000 reward amount to be broadcasted far and wide. McLeod poses a significant threat to the public and must be brought to justice.”
This is the first time in agency history for a fugitive to debut on the list with a reward of up to $50,000 for any information directly leading to his arrest, the release stated. 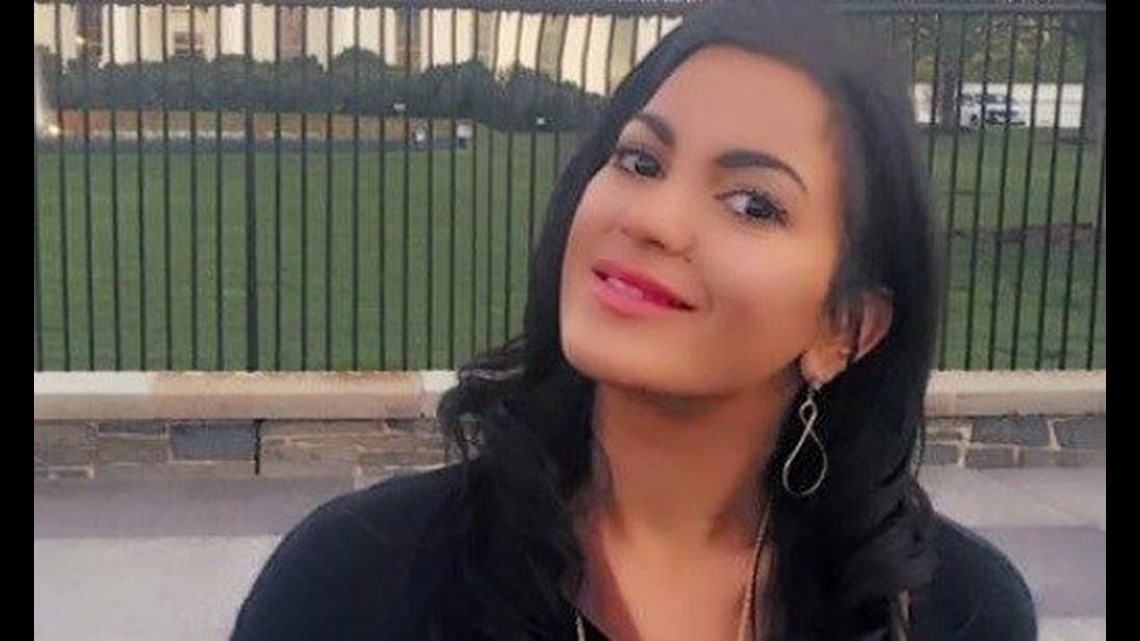 Police officers responded to a 911 call of a woman not breathing on June 10, 2016, at a San Diego apartment, and Mitchell was pronounced dead on the scene by medics, according to the release.
Detectives from the department’s Homicide Unit determined there were signs of a struggle and that Mitchell was last seen alive with her boyfriend, McLeod. The pair were from Phoenix and were visiting friends in San Diego.


The San Diego District Attorney's Office charged McLeod with murder, and a warrant was issued for his arrest, the release stated. In December 2016, the Marshals Service was asked by local authorities to lead the fugitive investigation for McLeod.
He is about 5 feet, 11 inches tall with brown hair and hazel eyes. He weighed 245 pounds and had a tattooed muscular physique at the time he fled, according to the release. Authorities said he may be going by the name Matt or Mateo and may have grown a beard.
Anyone with information about McLeod can contact the nearest U.S. Marshals office, the U.S. Marshals Service Communications Center at 877-WANTED-2 (800-926-8332), or go online at www.usmarshals.gov/tips.
Reach breaking news reporter Delaney White at dkwhite@gannett.com or on Twitter @delaneywhite04.

US Marshals offer up to $50,000 for information about Phoenix man wanted in killing

Raymond Samuel "RJ" McLeod Jr. is wanted by the San Diego police in connection with the 2016 death of Krystal Mitchell.
www.azcentral.com

Raymond “RJ” McLeod is the former Marine accused of murdering 30-year-old Krystal Mitchell in 2016, whom officials described as McLeod’s girlfriend. 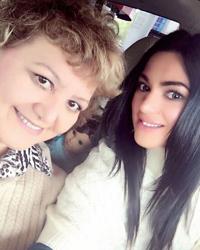 Officials say McLeod has been on the run ever since and he has now been added to the U.S. Marshals Service’s “15 Most Wanted” fugitive list.

There is a $50,000 reward offered for information leading to his arrest. Investigators say they believe McLeod may be in Central America.


McLeod Was Described as an ‘Avid Boybuilder’ & ‘Heavy Drinker’​ 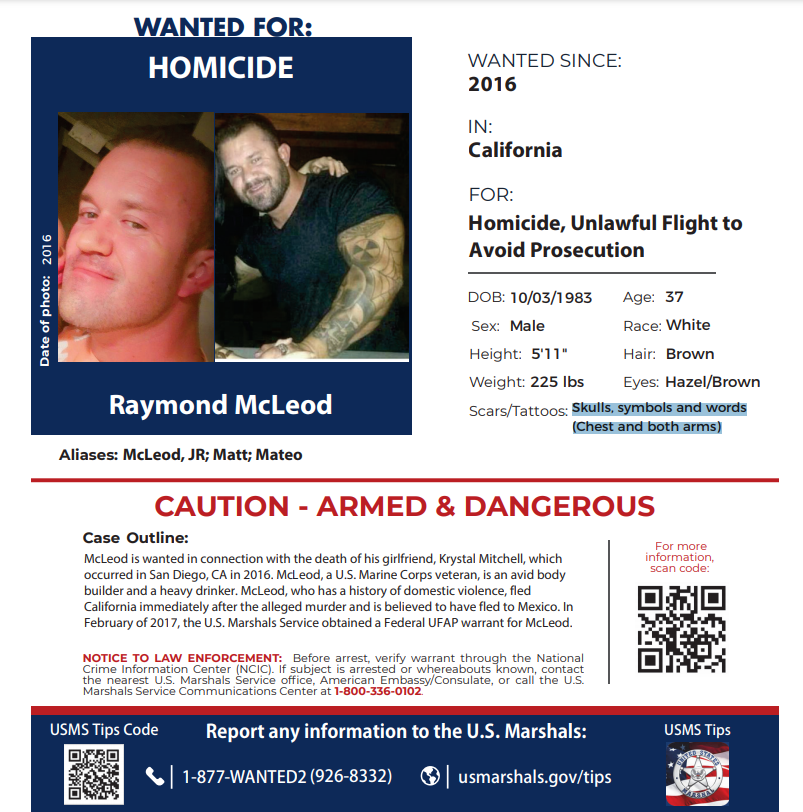 
The U.S. Marshals Service warns on the wanted poster that McLeod is considered “armed and dangerous.” He was described as an “avid bodybuilder” who was also known as a heavy drinker. At the time of Mitchell’s death, McLeod weighed about 245 pounds. He is 5’11” tall with brown hair and hazel eyes. Investigators say McLeod may be using the name “Matt” or “Mateo.” They also say it’s likely he grew a beard to further disguise himself.

But investigators say his tattoos are distinguishable. McLeod’s chest and arms are covered with tattoos of skulls, various words and phrases.

Anyone with information about McLeod was asked to contact the nearest U.S. Marshals office, the U.S. Marshals Service Communications Center at 1-877-WANTED-2, or online via the web or an app at usmarshals.gov/tips.

Mom continues searching for answers in daughter’s death Krystal Mitchell of Arizona was killed while on vacation in San Diego, Calif. Her mother — who is also an investigator — believes she was killed by a man she was dating.2017-04-14T01:36:48Z

McLeod and Mitchell both lived in the Phoenix area. The U.S. Marshals Service says they traveled to San Diego to visit friends in June 2016.

Military.com reported that the couple was visiting a friend of McLeod’s, who was married with a baby. According to the outlet, the friend found Mitchell’s body in the guestroom on June 10, 2016, and called 911.

Investigators confirmed emergency responders received a call about a “woman not breathing in an apartment.” Mitchell was pronounced dead at the scene. Investigators said there was evidence of a struggle.

Mitchell’s mother, Josephine Wentzel, told KNXV-TV that her daughter had been strangled. “Talking to the coroner, all I want to know is, did my daughter suffer? Did she fight back,” Wentzel told the outlet. “She was just taken away and slaughtered. It was just so wrong.”

Nearly a year after Mitchell died, Wentzel told KNXV-TV she had no doubt McLeod had killed her daughter. “I have no doubt in my mind he’ll kill again. If he hasn’t already after my daughter, because this man has no conscience.” 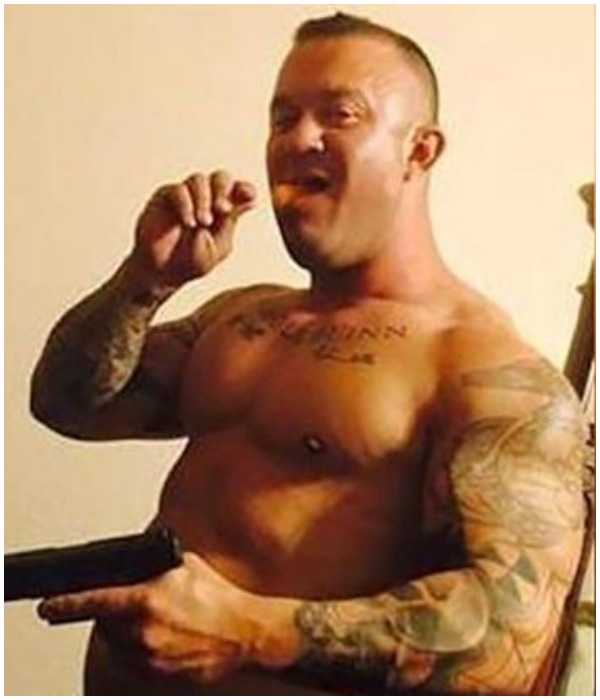 San Diego County District AttorneyRaymond McLeod is wanted for murder and has been on the run since 2016.

After Mitchell was found dead, an arrest warrant was issued for McLeod’s arrest. The U.S. Marshals Service said investigators determined McLeod had been the last person to see Mitchell alive.

But McLeod was nowhere to be found. According to Military.com, the friend in San Diego told officials McLeod had disappeared. Mitchell’s new car was also missing, leading to the assumption that Mcleod may have fled in the vehicle. San Diego Police asked the U.S. Marshals for assistance on the case a few months later.

According to the Marshals Service, investigators believe McLeod headed to Mexico immediately after Mitchell’s death. Witnesses reported sighting of him in Guatemala in 2017 and then in Belize in 2018. 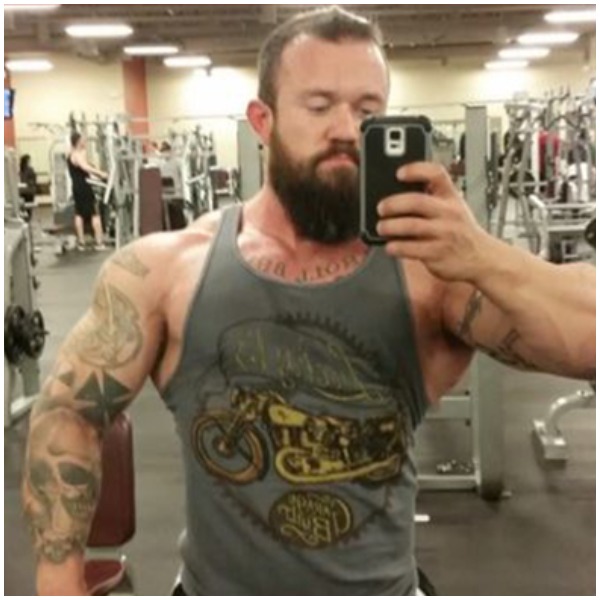 The U.S. Marshals Service noted on the wanted poster that McLeod has a history of domestic violence but didn’t provide additional details.

A search of online records brings up a February 2009 arrest in Arizona, for a Raymond Samuel McLeod with a matching birthdate, for aggravated assault. The record shows McLeod was charged a few weeks later with aggravated assault on a minor. But the complaint was dismissed by the court.

KSWB-TV described McLeod as a single father; the U.S. Marshals Service did not mention that detail. Military.com added that McLeod had been married twice and was accused of abusing both women. 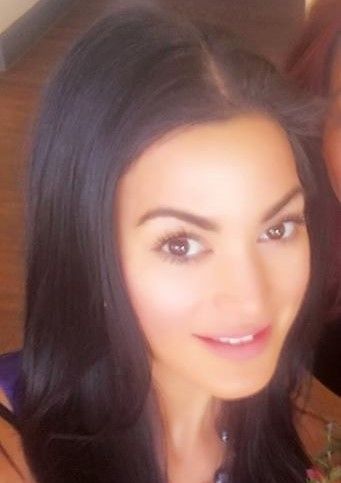 Obituary in The Columbian
Krystal Mitchell.

Mitchell worked as a property manager, NBC San Diego reported. She met McLeod after he moved into an apartment complex that she oversaw.

Mitchell was a single mother. At the time of her death, her children were 5 and 6. Mitchell’s brother explained on a GoFundMe page that he and Mitchell’s parents were taking care of the children.

According to the obituary, Mitchell grew up in Vancouver, Washington. She moved to Phoenix to pursue a career in property management. She was only 30 when she died.

How does it work catching a fugitive that's left the US?

All I can say, is that by the look of him I'd cross the street. VIOLENT and AGGRESSIVE and ABUSIVE written ALL over him.
M

Shy But Fly said:
He looks like the type.

How does it work catching a fugitive that's left the US?
Click to expand...


If it’s with a country we have a treaty with to extradite a fugitive from, then the local police there will capture the criminal first. Then they will escort the fugitive to a site where our Marshals meet them to bring them back to US soil.

Agent Syd said:
All I can say, is that by the look of him I'd cross the street. VIOLENT and AGGRESSIVE and ABUSIVE written ALL over him.
Click to expand...

It seems like it shouldnt be hard to spot him in south america.

Her poor babies and mother left to deal with this ugh. Rip.
J

He needs to be found I hope someone has information

Agent Syd said:
All I can say, is that by the look of him I'd cross the street. VIOLENT and AGGRESSIVE and ABUSIVE written ALL over him.
Click to expand...


This is why I refuse to date men that have been in them military (or are police officers or firefighters). Domestic violence is high and ex-military men always have drinking problems. He's a walking red flag. I hope he's caught.
You must log in or register to reply here.
Share:
Facebook Twitter Reddit Pinterest Tumblr WhatsApp Email Share Link

A Marine deserter is wanted in the murder of his mother's boyfriend in Virginia, police say
6
532
Toocoolforschoo
Nov 15, 2019

Gold Digger Astrology
Whatever my placements are, I'm effing worf it.
A moment ago
the cask

Most college girls have their boyfriends stay over at their dorms rather than staying over at...
Happened with me my junior year...and i was in an a girls dorm too. I could've just told the RA's but the pettiness in me wouldn't let me. I...
A moment ago
ShowMeDaWay

"Ontario police can stop you just for being outside: Inside the 'strictest' COVID-19 measures in...
Here’s a follow up. The Ontario government is suppose you walking back the policing...
A moment ago
Aems

Amber Heard Confirms She's Back For Aquaman 2
Why would he rip pages out of her book?! What does he have against reading? Is he illiterate and mad about it?
A moment ago
DaughterofHermione

Buckingham Swirl: The Prince Charles (and Family) Appreciation Thread
Yeah, I'm not expecting an apology and if you read my original post carefully in response to that bullshit article, you'd see where I stated, the...
A moment ago
RoyalDean
A
Ariana Fletcher aka @therealkylesister & Associates Discussion Thread
Like I said she always ass kissing every influencer. She annoys me This why parents shouldn’t always be “manager” too. And her brand just took a...
A moment ago
raynepayne

Whitney White (Naptural85 | Dear Natural85) youtuber OFFICIAL THREAD
I see the Shitpe fan girls are back. Whitney definitely doesn't seem back with him but co-parenting healthily. The way she described the old...
A moment ago
Doris Payne

Valter Skarsgard Appreciation Thread
valter younger Are your apart of the discord? Someone made a channel for valter.
2 minutes ago
JACKIExQUINN
H
Is Nene going to Zeus Network?
What would her shoe be about exactly
2 minutes ago
ruPAUL86