I saw this meme on Facebook and it's an interesting story. Minnie M. Cox (1869-1933) graduated from Fisk University in Nashville, Tennessee and obtained a teacher’s certificate. She and her husband, Wayne W. Cox (1864-1916) were both politically active and supported the Republican Party. It was because of this support that Mrs. Cox was appointed postmaster of Indianola, Mississippi. Mrs. Cox was first appointed in 1891 by President Benjamin Harrison, after no white Republican qualified for the job. She was possibly the first African American woman to hold such a position. She was reappointed in 1897 under President William McKinley and continued as postmaster under President Theodore Roosevelt.
The Indianola position of postmaster was one of the most respected and lucrative public posts in the area, as it served approximately 3,000 patrons and paid $1,100 annually, a large sum at that time.(1) Mrs. Cox was known for her efficiency and dedication. She was also known for working long hours and she even personally covered late rent on post office boxes for Indianola’s citizens so as to avoid any possible conflict with her patrons. She installed a telephone in the post office, at her own expense, so patrons could call and check if they had any mail to pick up.(2)
Initially very few complaints were raised about this postmaster. As time passed, however, concerns arose in Indianola. During this time, Republican politics were being restructured by President Theodore Roosevelt. This new political stance no longer followed the Reconstruction policy of making African Americans political appointments. Hoping to comply with this new political agenda, the white citizens of Indianola called for the elimination of African Americans from leadership positions, specifically the removal of Mrs. Cox.(3) In doing so, they hoped to create an opening for a white postmaster.
In the fall of 1902, James K. Vardaman, the editor of the Greenwood Commonwealth and a white supremacist, began delivering speeches reproaching the people of Indianola for “tolerating a negro [sic] wench as a postmaster.”(4) His motive for these speeches was not only to spread his white supremacist message but also to expel Mrs. Cox from her postmaster position with the hopes of obtaining it and the position’s salary for himself. The white townspeople of Indianola began calling meetings and voted to order Mrs. Cox to resign from her office by January 1, 1903 although her commission did not end until a year from that date, in 1904. While she refused to step down prior to the end of her term, Mrs. Cox made it known that she would not be a candidate for reappointment.(5)
The situation in Indianola began to deteriorate further as the white citizens of Indianola began to resent Mrs. Cox and her husband more and more for their prosperity and success. It became clear that Mrs. Cox would be in physical danger if she did not comply with the requests of the white citizens of Indianola. These threats concerned postal inspector Charles Fitzgerald, who suggested that “as a bonafide federal officer, Mrs. Cox should be protected, by federal troops if necessary, in the discharge of her duties.” President Roosevelt made it clear that there would be no need for federal troops and refused to accept Mrs. Cox’s resignation. He instead suspended the Indianola post office on January 2, 1903. Roosevelt made it clear to the Indianola citizens that mail would be rerouted until Mrs. Cox could resume her duties. The atmosphere, however, became so hostile that Mrs. Cox left Indianola for her own safety, on January 5, 1903.(6)
In response to the town’s actions against Mrs. Cox, President Roosevelt ordered the Attorney General to prosecute the citizens who had threatened Mrs. Cox with violence. The Postmaster General also reduced the rank of the Indianola Post Office from a third-class to a fourth-class on the grounds that the year's lower postal receipts did not warrant third-class status.(8)
The controversy surrounding Mrs. Cox’s position made news across the country. It was debated for four hours in the United States Senate and made the headlines of major newspapers across the country. On February 7, 1903, the Cleveland Gazette ran the headline, “Mrs. Minnie Cox, Postmistress of Indianola- A Faithful and Efficient Official Driven From Office by Southern White Brutes.”
1) Willard B. Gatewood, “Theodore Roosevelt and the Indianola Affair” in The Journal of Negro History, Vol. 53, No. 1, (January, 1968), 48-49.
2) “The Unsung Heroes of Mississippi,” Manuscripts Collections of the McCain Library and Archives, University of Southern Mississippi, 1-2.
3) Ibid, 2.
4) Gatewood, 55.
5) Ibid, 56.
6) Ibid, 59-61
7) Ibid, 60, 67.

This is why they stay mad. They've been treating us like shit: sabotaging our careers and livelihoods, gaslighting us about "equal opportunity," and the advancements made by Affirmative Action. Not to mention literally, LEGALLY terrorizing us everywhere we go in the name of Law Enforcement, and yet.. Black excellence, perseverance, and pure talent remain unmatched. We are still here! Not only did we survive their brutality - slavery, Jim Crow, The New Jim Crow and whatever they're going to end up labeling whatever this is that we're going through now - many of us are THRIVING. Now, they've gone back to their Draconian roots... Killing us in the streets while helpless onlookers watch, even in our homes while we're soundly asleep. What do we have to do to make them stop?

Mrs. Cox was a real one. I'm glad she survived her oppressors. Interesting story... Thanks for sharing.

That meme, intrigued me also. What an interesting story, its crazy how those folks didn't have a reason to oust her except for her skin color..
M

Supporting Abused women regardless of race

Awesome.Never knew anything about her so thanks for posting. I find the Republican party so confusing but I am not confused by them.Good on Roosevelt for that part. The parties started to shift and that shift was interesting. It must of been hell for Mrs. Cox dealing with them. 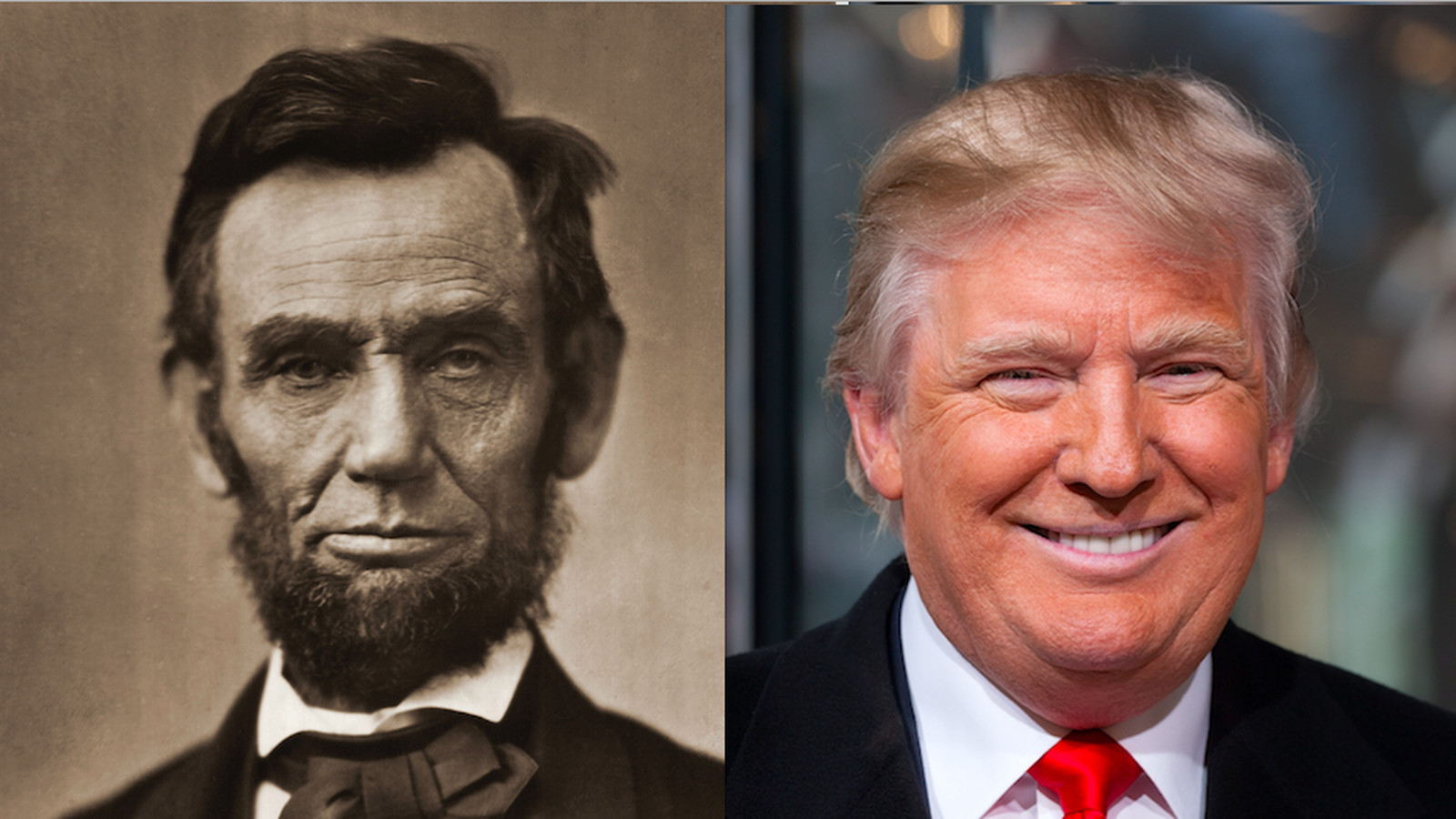 It's been a remarkable transformation over 162 years.

Supporting Abused women regardless of race

They are inadequate and they know it. These types I mean. The ones upholding W-S
M

Very interesting - Thanks for sharing this!

Keep tucking your stomach into your jeans

This is pathetic. Not only was she efficient with her job, but she went above and beyond to make the citizens lives easier (installing a phone, paying the rent with her own funds) and they STILL turned on her. White people truly have some audacity.

This story had no happy ending. She stepped down?

An interesting but sad read. There should be a table book about the first black millionaires or very rich black people from the past. I was reading about Fischer island in Miami and didn’t know it was owned by a black man. He sold it but I’m curious to see how history would be rewritten if a lot of things were different
You must log in or register to reply here.
Share:
Facebook Twitter Reddit Pinterest Tumblr WhatsApp Email Share Link

The Evolution of The Black Female Entertainer
1
469
alienlifeforrm
Feb 24, 2013

Kate Middleton proclaimed the "Rock" of reborn royal family
So much for the Cambridges for stepping up, the numbers don’t lie. How the elderly outworking William and Kate during a pandemic? They are...
A moment ago
matrixdread

My boyfriend and my friend got into a physical altercation...
If you wanna get your ass beat, I don’t care but stop involving other people in your shit!!! Sit down and get knocked out in peace. Leave other...
A moment ago
Love Gun
M
Why does LSA think old rich men are stupid?
Please, most men are stupid and shallow, let’s not kid ourselves lol
A moment ago
musiclover55

UPDATE Lizzo in LSA White Kangs DMs + Update
Agreed. It's really problematic that some fonts are so comfortable posting the BS they do and nobody checks them for it. Calling black men ugly...
A moment ago
Lionness

Food-addicted woman too fat to fit in a plane seat sheds 182 lbs during lockdown
She def should be proud of herself . Dedication and commitment sometimes pays off
A moment ago
dimep52d

Do you feel like your environment makes you anxious and underperform?
I can understand where you're coming from OP. I think a lot of people think I am stupid because I react to things late or my mind doesn't work as...
A moment ago
PartyIsOver

Dababy makes fun of a flight attendant, claiming she needs to comb her hair
Disgusting. And black men wonder why they get treated like the bottom of a shoe. There’s obnoxious pigs in all races & cultures, but most know not...
A moment ago
April Diamond

Brixana (Briana Monique') Discussion
Aww I hope her channel takes off soon so she can have the extra extra money to treat herself and her son Me too! She’s so sweet, and keeps it real
A moment ago
Roses820

New Black YouTube Family Alert. Bloveslife+Man In The House
Walt doesn't like avocado but he got an avocado salad. Makes no sense at all. In the comments Dalvin said they're doing mukbangs because no one...
A moment ago
bloglurker16
Top Bottom