A thread to appreciate our favorite boss bitch (since Annalise doesn't).

It seems to me, at first viewing, that Tegan is lonely and desperately wants a friend to talk to. (We first see this when she confides in Michaela about Antares and her "girlfriend".) But the truth is that Annalise has not done jacking fucking shit for Tegan. I've repeatedly heard Tegan call AK her friend, but I don't once recall AK calling Tegan *her* friend. (She has called Tegan her rock, but that really just points towards AK's selfishness.) Remember the night Emmett died? Tegan was crying to her on the phone and AK *literally* hung up on her and went back to drinking! She bailed out to rehab while Tegan faced the FBI. She used Tegan's fear of the Castillos not once, but twice in order to get her way. (The first was the Jane Doe email.)

And then there is this bordering-on-lovesick...thing...that is really starting to piss me off. For fuck's sake, put them together. Or don't. But this shit - where Tegan pines for Annalise and AK either doesn't notice or doesn't care - is getting old.

Is it possible that this is all a ruse? Remember how fast Tegan turned on those tears for Telasco? Hell, she slept with that square-jawed bitch! Remember how she referred to her Castillo stock as "blood money"? How she regularly referred to her "girlfriend" Cora until she had to admit that Cora was actually her wife? Or how about the fact that, afraid or not, Tegan is practically a Castillo by proxy thanks to her years working with the family? If something happened to Annalise today, who would possibly believe that AK's Puerto Rican pocket princess would even dream of hurting her bestie? She seems so loyal on the surface. And yet...

Annnnnyway. I really don't give a whistling fuck about AK at this point. I just want Tegan to win. I wish I could root for #Tegalise again, but unless AK gets down on BOTH knees and begs Tegan for forgiveness? Fuck her.
G

She's a good complex character. She and AK would be great lovers and friends.

So sad to see this show end. The complexity of the plot week after week is so great. Its the only show I watch religiously and keeps me interested

I want her to dominate me and curse me out

You Can Never Be Too Thin or Too Rich


I'm getting kind of sick of the buns, even though I'm sure that part of it has to do w/how short Amirah is. I never noticed it until a HTGAWM marathon where Tegan kept having to look *up* at Nate. 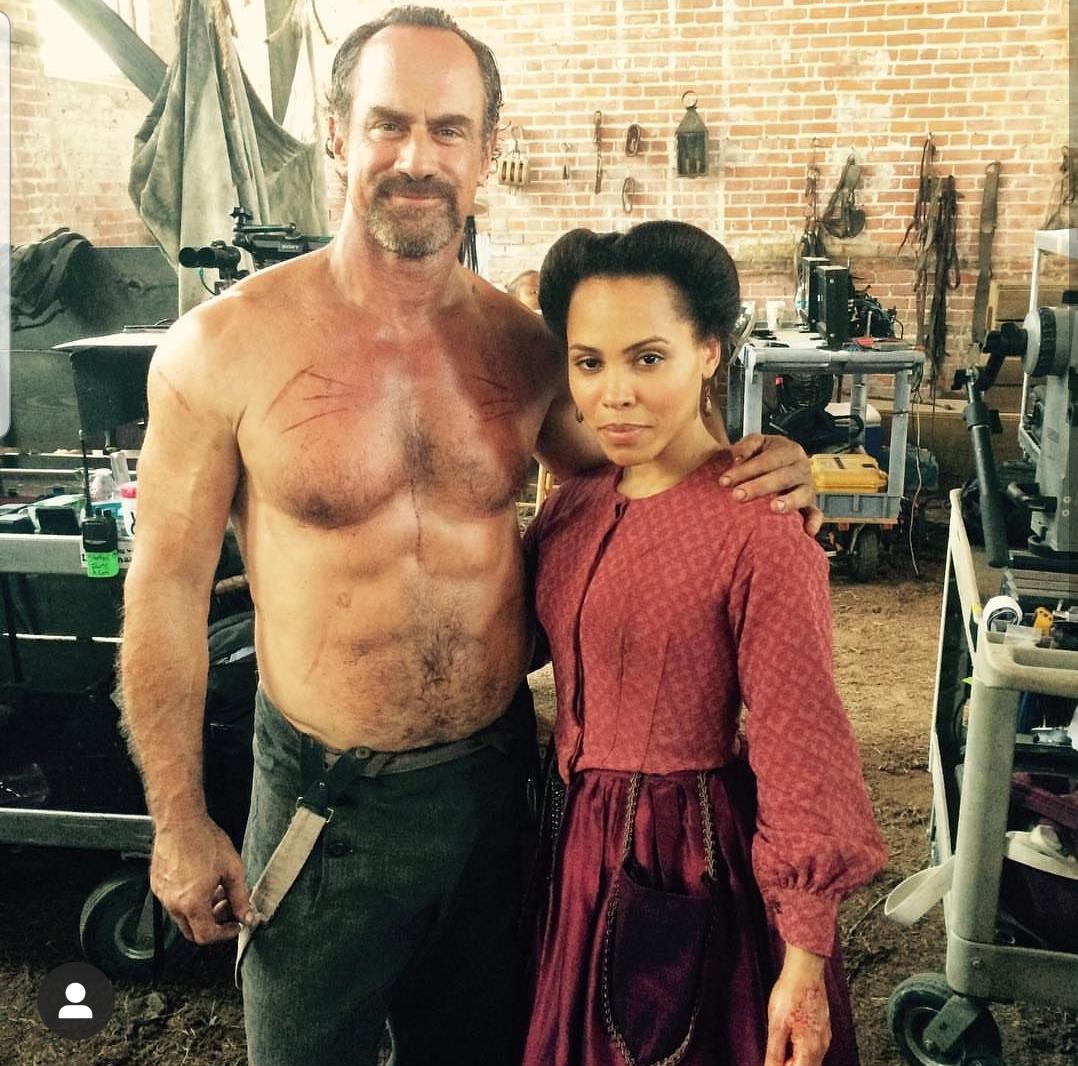 But I'll take those towering hunks of hair if it prevents us from ever seeing that wash-and-wear wig she had on a couple of weeks ago. That shit was just tragic.

She is so beautiful!

Yall can go back to lusting over Tegan, I just had to come in and say that...

A Queen and a Goddess

Yes I live for Tegan. Amirah plays the hell out of her.

SN: I really need to know who's responsible for styling her each week because her clothes and jewelry are always on point.

Yall can go back to lusting over Tegan, I just had to come in and say that...
Click to expand...

This. I honestly could care less how Annalise treats Tegan. At the end of the day Anna Mae is going to be Anna Mae. No one told Tegan to put out for a work colleague AK has never asked her to do anything! The only person I need to win is Annalise. The writing is atrocious all around but Tegan's "loyalty" toward AK never made any sense
Last edited: Nov 14, 2019


Then why is Tegan in court with Nate in spite of "Bad Frank"? (Unless, of course, Mommy Annalise asked Michaela Senior to do it.) 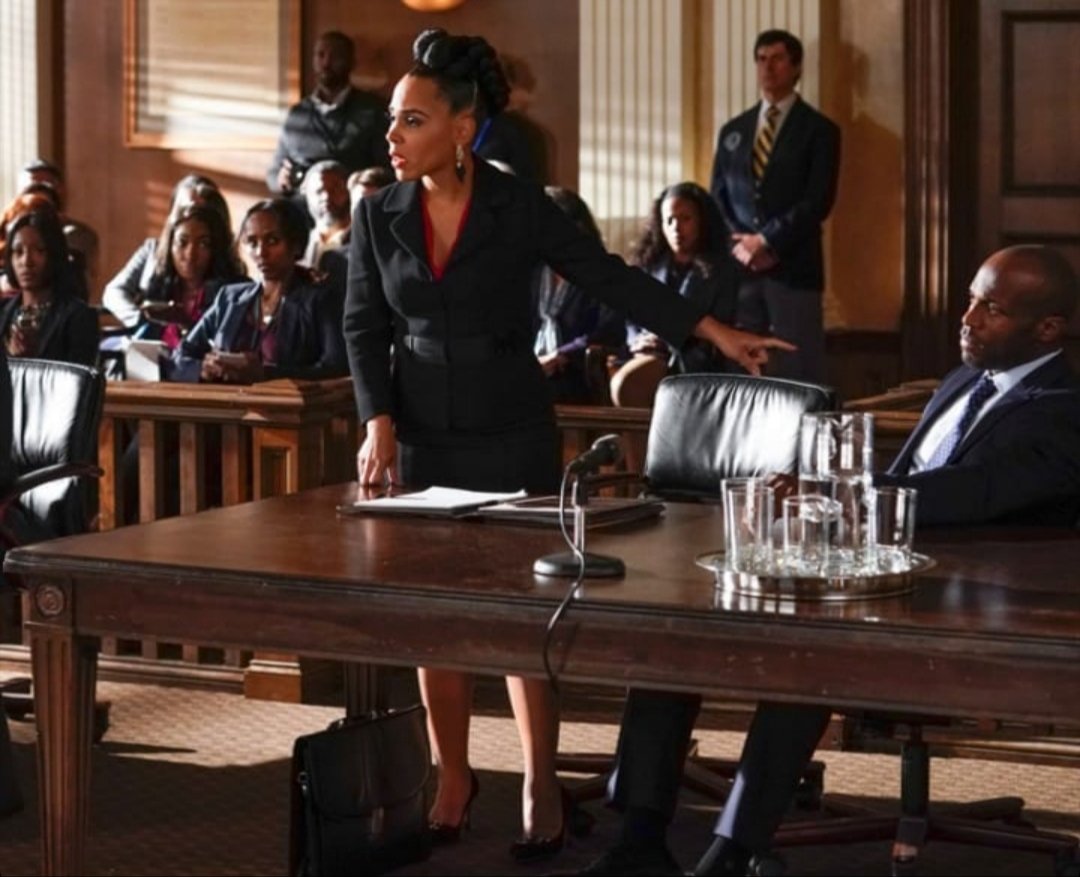 Maxine Shaw said:
Then why is Tegan in court with Nate in spite of "Bad Frank"? (Unless, of course, Mommy Annalise asked Michaela Senior to do it.)

Good news: there's a sneak peek of Annalise and Tegan for next week's show!!!

I know how to WERKIT and be seen!

Yesssssssss. I FUCKING LIVE every single time. She be dead serious every time she hit that accent okay?

I love Teagan. I thought she was cool.

HTGAWM: Would you watch and support a Tegan Price spinoff
20
1K
Caramel Delite
May 21, 2020

Meghan Markle unpopular opinions thread pt 2
Exactly!!! And that's why she is getting away with it. It's serious stuff. Sometimes I get ticked off if someone says the BRF are going to be in...
A moment ago
Llama Mama

Black Bike Riders: ‘Central Park Karen’ Falsely Accused Us of ‘Beating’ Her
I would have snatched my belongings from that bitch and been on my merry way.
A moment ago
always moody

Have Y'all heard of this?
I'm 20 but look 60 Thoughts?
A moment ago
Bougie Remix

Two Men Saw Black Man Crossing Street, Shot Him Dead Because He Was Black: Police
They all look latino to me yes including the brown one. The brown one is the victim! Please read before you type.
A moment ago
SammyK

Black man has a “slavery” and “segregation” themed graduation photoshoot.....
TBH This is just a physical manifestation of the cowardice mindset that most BM have today.
A moment ago
CarseyWerner

The Uso Brothers!
Aw man I missed it! I haven't been watching because I do enjoy them both being in the ring together. Next week then!
A moment ago
LaShaye

Why are men so triggered by (Black) women wanting rich men?
Any woman with goals of hypergamy should NEVER say it outloud. IDC if it's your bestie, your cousin, your co-worker or whatever. A woman demanding...
A moment ago
Lina Kumar

Cashier Arrested After Hitting Disruptive Customer With A Full Wine Bottle
Excuse me but did you watch the video? He punched the plexiglass NOT the cashier. The cashier however responded by busting a bottle over the man's...
A moment ago
Riqsue

Black Wedding of the Day - Childhood Friends Win A Glamorous Texas Wedding With Military Style
I love everything about the wedding! Oh the bride is so beautiful
A moment ago
Abbigirl
Top Bottom